20 years of sustainable projects in the Scottish Highlands

A green tour in 2021 meant roaming round Spain on public transport for six weeks.  The number of solar panels and wind farms are evident, and Spain certainly looks after its fragile part of our planet.  Some of the businesses in Competa, Andalucia have already signed up to the Green Tourism web site.  In Scotland, the Highland Council has expressed an interested in  Green Destinations and already has a licensee in place.  On the business side, the Green Travel Seal assists an area in becoming a Green Destination.

The introduction of the Green Travel Seal has made Green Destinations even more attractive and is another way of approaching Green Destinations.  The programme is split into two parts, that of the local Council who look after planning, recycling and such things, and the business elements. Already the Weigh Inn in Thurso, in the very north of Scotland, is signed up.  Clean and green are the catchwords.  The Highland Council assists through their licensee.  The Green Travel Seal is not just another eco label. Check it out and see (www.greentourism.online).

The story is long, and in 2022 year we celebrate 20 years of collaboration with the Highland Council by it allowing its logo to be used.  We are delighted.  When I say “we” I mean Friends of the North Highland Way. It started with the launch of the Dunnet Head Educational Trust back in 2003 which, it is estimated, raised £100,000 for the local economy and brought jobs and an information centre to Dunnet Head.  Even before that the previous proprietors of the Dunnet Head bed and breakfast and tearooms were trying to get to grips with a new way of life away from the oilfields of Libya.  Then came the Caithness and Sutherland Walking festival in 2004 and of course the North Highland Way, the latter without a penny of public money.  The Core Path Network is even on Google Earth.

Things can only get better.  With the Climate Change Conference (COP 26) in Glasgow fast approaching, it is time to rethink our strategy.  It has been, and continues to be, a difficult time with Covid, but it is here to stay and we must adapt accordingly.

With a new route being proposed by the Long Distance Walkers Association thinks are really progressing with the North Highland Way.  With less off-road walking and Scottish Cycling now involved we are well on the way to being a multi-use route as agreed with the Highland Council all those years ago.  Paid up Friends of the North Highland Way will be able to access this potential new route and walk and cycle an even wilder and more spectacular route based on geological principles.  A Friend is defined as “anyone who has paid cash into the North Highland Way project, or provided a benefit for its development”. So mountain bikers, horse riders and walkers will have more options.

In addition, we have been working with Green Destinations again and revamped our whole approach.  We now operate the Good Travel Seal in Northern Ireland and Scotland, and details will be uploaded to the website shortly.  The Highland Council have expressed an interest in becoming a Green Destination which will be a great boost to the initiative.

Tina Irving and a group of eight local businessmen first brought the idea of a multi-use route from John o Groats to Durness to the table in 2008.  It would be called the North Highland Way in 2008.  The first phase of the North Highland as a linear route was completed in 2014 and logged on our partner site, Walking World and with support from the Highland Council in the form of a consultancy report which are embedded in the booklet “Creating the North Highland Way” together with the list of forty business supporters.    The feasibility study was updated in 2019 and further information added to it.  The project went from strength to strength with the Highland Council reiterating its support only a few months ago.  However, they are no longer responsible for long-distance. Support is evident both from the community and businesses, and the forty businesses are considered to be “Friends of the North Highland Way”.  This paid-for web site development and some coordination of public services.

Part of the North Highland Way, the section from Tongue to Betty Hill has the potential to become a Scotland’s Great Trail.  It is hoped that one day the whole route could become multi-use, but as funds are not available to the private sector consultant who until now has run the project.  She holds the feasibility study and it is unlikely that the route will happen unless this is released.  This is a great pity, as the Scottish Government have long  supported the idea of a coastal path right around Scotland.  The result is that there are great difficulties, even with the linear route on the partner site, as there is a lot of road walking around Loch Eriboll and Dounreay.   Such luminaries as Cameron McNeish will not support until these matters have been resolved, and the consultant has identified solutions to both problems which are contained in the feasibility study.   The research from the project is available in the document “Creating the North Highland Way – A Green Vision” and includes the technical aspects of the build.

The feasibility study is available at a cost of £5,000 which could easily be raised through a business consortium and match funded by raising funds through a voluntary body or charity.   This would provide seed funding for the project and ongoing development.

The design of the business plan is now taking place, and by purchasing the feasibility study for the North Highland Way and being a Green Ambassador for Scotland, a good income base begins to emerge, even as a private sector investor.

Contact details are by email only to [email protected]

A member of ATRA for a number of years now, Tina is the project consultant for the North Highland Way.  Based in Portadown, Northern Ireland, she developed the linear route with assistance from the Highland Council. There is still a lot of work to do, but without funding for the feasibility study, this is not possible.  She now works to encourage local councils in Northern Ireland to join the Green Destination programme for Northern Ireland, and potentially for Eire as well.  County Down is the first council to join the scheme.

A keen advocate of the great outdoors her interests include horse riding, hiking and scuba diving she helps build the infrastructure through contact with public services and academic institutions. 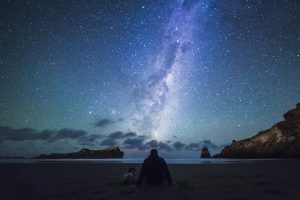